I had to pick up Andrew from a friend’s house the other night.  I had NPR playing on the radio and they were talking about how Tom Brokaw was recently accused of sexual harassment.

“Dad, what’s that?” I heard from the back seat.  I’ve made a commitment to never be dismissive to my kids about any question they ask me.  So, I took a deep breath and started.  Here we go…

“Is that illegal?” he asked.

“oh….. ”  He acknowledged with a hint of understanding.  “It’s like Bowser and Peach.” 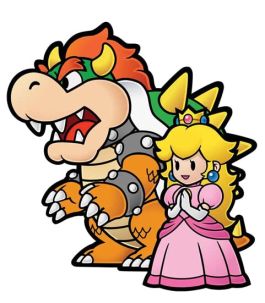 “Yes. It’s kinda like that.  Make sure when you’re trying to date someone, that they want to go on a date with you, too.  If they tell you they’re not interested, then it’s time to move on…   Best not to bother them at that point.   Don’t touch them.  Certainly don’t kidnap them… ”