I would imagine this is what the after-world might look like for me.  For Tenille, I’m not so sure…

We attended the World Maker Faire in San Francisco.  It was full of all kind of geeks that must just have an infinite amount of spare time.   It gave me something to aspire to.   One of the first things we saw was a group of people that converted their Rascal scooters into horses and they were riding those around the fair.  (Later, I found out why… because 10 hours of walking around makes everyone cranky… )  Andrew got to also ride around on a remote control horse that Tenille drove.

There was just so much stuff… The pictures say it all… but I’ll provide some captions where I think it might add some color. 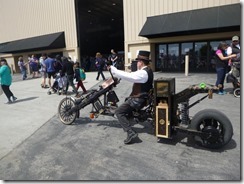 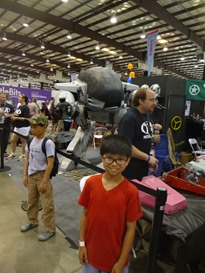 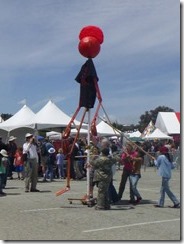 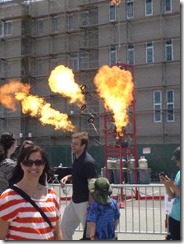 Not sure… some kind of a trojan ship/car… 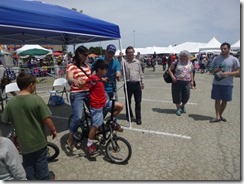 Bicycles pulling a sled with a dog driver…

Music stage entirely powered by bicycles.  Apparently, they would lose power if there’s not enough juice coming from the bikes. 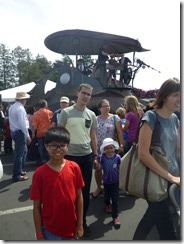 Some kind of post-apocalyptic brass vehicle 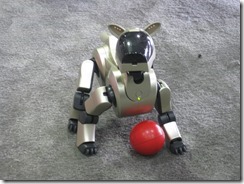 Giant Octopus that shoots out flames from the tips of its tentacles.

Bunch of stuff I’ll check out when I have some spare time:

Roblox – Build your own game

Spark chip – wi-fi on a chip

Do it yourself 3D

1sheeld – turn your smartphone into an Arduino shield