At Lake Powell this year, Caleb, Andrew, and I wrote a series of short stories.  They had to be around a couple pages written in a notebook with a pencil.  No rules… just trying our best to write an interesting, short story in a single sitting.  I am transcribing a few of them and publishing on the blog – just for fun.  Hope you enjoy. 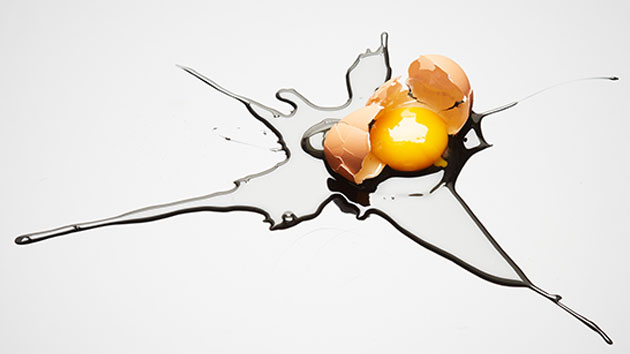 Garrett bought 2 dozen eggs and a bag of flour.  He reveled in the future satisfaction of dumping the eggs and flour all over the perpetrators car.  A week before, an old yellow Nissan Sentra, license plate GRP1721, cut him off on Highway 16.  He swerved to avoid getting hit and scraped the passenger side of his car against the barrier.  When he found out it was going to cost $2500 to repair, anger made his blood boil.  When he called his insurance company, they told him that there was not much to do except repair the damage.  He would have to pay the $1,000 deductible and the insurance would pay for the rest.  But, the insurance company warned that his monthly premiums will definitely increase.

He felt so helpless until he made a plan to make the perp pay.  He had the license plate of the jerk.  He also had a friend in the police dept.  Garret called his buddy, “You have to do me a favor.  I have a license plate, but I need an address.”

“Come on, Chet.  He helped me on the side of the road.  I didn’t get his name or address.  I just want to send him a card or make him some cookies.  I’m trying to do a good deed.  Help a brother out.  I’m just trying to say thank you.”

“Alright, Garret.  But if anyone asks, you didn’t get it from me.”

There was some clicking and typing, then Chet came back on the phone.  “It’s 1421 Elm St.  The name is Samuel Morris.”

“Thanks, bud.  I owe you.”  An evil smile formed on Garrett’s face.

“Yeah, you do.  How about you woe me some of those cookies?”

“You got it, bro.”  Garrett hung up and started scheming.

Toilet paper is too cliche’.  And too easy to clean up.  He wanted damage.  Serious monetary damage.  He wanted to ruin his paing job – Make him spend a thousand dollars on repairs.  An eye for an eye, tooth for a tooth.  That would be justice.  2 dozen eggs all over his car.  That would do.

He found a spandex, black ninja suit online and ordered it for next day delivery.  He mapped Samuel’s house.  He marked where he would park.  He noted the route he would walk from the car to the house.

The next day, the ninja suit arrived.  He put it on and it fit a little tight, but it’ll do.  He filled a black bag with eggs and flour.  He waited until 2 am, then started driving across town toward Elm St.  He parked 4 blocks away just as he planned.  There was just darkness and no streetlights.  He put on his mask and started jogging, looking around to see if anyone was looking.  If he was spotted he had an alternate plan of stripping off his ninja suit, disposing of it, and running to a Denny’s.  He would hang out there for a few hours, then walk back to his car to drive home.  But no one was out.  No lights were on in any homes.  No one saw him.

He saw the house ahead.  1421 Elm St.  He saw the yellow Nissan Sentra that cut him off.  He started opening his bag and grabbed a carton of eggs.  He opened the carton and raised it above his head to slam it on the car’s roof.  Out of the corner of his eye, he saw a sign planted in the yard.

That name sounded familiar.  Garrett lowered the eggs and dug at the memory buried in his mind.  Then, it all came rushing back.  Victoria Morris was the woman that drove off the side of the Narrows Bridge and died 4 years ago.  4 years ago exactly tomorrow.  The sign was surrounded by bouquets of flowers.

He remembered watching the story on the news.  He remembered being racked with guilt because he knew he was the one that cut her off and saw her careening off the bridge in his rear view mirror.  He kept driving and didn’t stop.  He should have stopped, but he didn’t.  He took a bus for 6 months after that until his guilt slowly faded like a tan in winter.

Garrett took off his mask and stared at the sign.  What a cruel deed of fate that he would end up on the lawn of her widow today.  He turned around and walked slowly and thoughtfully back to his car.

When Samuel Morris walked out of his house,  he saw a sign in his yard commemorating the 4th anniversary of his wife’s untimely death.  His friends and neighbors had done this every year on July 19th.  The sign was surrounded by flowers.  In the middle of the flowers, was something new this year – a plate of cookies.