Over the past few months, I had been thinking about our marriage and how I’m probably not focused on nurturing it as I should be.  I don’t think there’s anything particularly wrong with our marriage or an acute problem of any sort.  But, from a Spiritual perspective, I do believe that marriage is a part of God’s plan to refine us and that our marriage and family relationships will last forever.  What I’m learning is that marriages don’t get better by themselves.  In fact, if neglected, they inevitably get worse.  It’s unfortunate that there isn’t a wider dialog about how very difficult marriages can be.  To be happy with another person that thinks so much differently than you do and has their own set of goals, aspirations, habits, and traditions, is not easy.  To use dating as a leading indicator of how happy you will be in your marriage seems woefully inadequate.  Wait until you start talking about where you’re going to spend your money, (perhaps more importantly where you’re NOT going to spend your money), as well as how you’re going to raise your kids…  I don’t mean to paint a picture of doom and gloom, but there should be more emphasis in our narrative about marriage of how much work it takes to make a marriage work.  We don’t want young couples to immediately go to “Did I marry the right person?” after they figure out that something very important to them is at risk because of their spouse.    The answer is “You married who you married.”  How are you going to make it work?    Because 1) There’s nobody else out there where you are going to have a marriage without sacrifice.  And because 2) marriage can be something that continues to get better and better as you work through each issue.

This year, I had resolved to be a better husband and put more effort into figuring out what that means.  Through my work at church, I had an opportunity to talk with a few marriage counselors, and one of them recommended a video to me by Mark Gungor.  You can look him up on Youtube and see a lot of his material, but I found the DVD set and ordered it on ebay.  It was $20 and money well spent.  Honestly, after having watched it, I would pay hundreds of dollars and still feel I would have received a good deal.

Tenille and I had a chance to go to New Orleans a few weeks ago.  New Orleans was completely my choice.  I’ve wanted to go because I’ve heard about their great food.  We recently got a companion pass on Southwest Airlines, so she took some of our airline miles and booked a free trip. 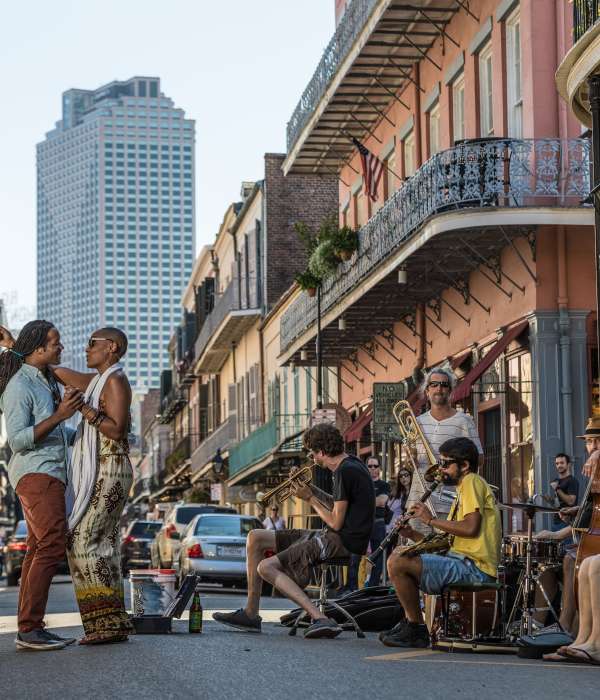 During our trip to New Orleans, we agreed to watch this video together.  We watched most of the first disk on the way there.  On the way back, we watched the remainder.  Some of it hit quite close to home and we watched those parts quietly and awkwardly.  There was one part where Mark Gungor was talking about a man’s need to feel supported by his wife.  He needs someone to believe in him.  I looked over at my wife and mentioned, I think that’s true.  Generally, I feel very supported and appreciated by my wife.  But, her eyes welled up with tears.  Unbeknownst to me she has felt some guilt about this issue.

Fifteen years ago, I had met Tenille on the heels of a massive business failure, and we got married in my last year of business school – in career exile.  As a young man in his mid-twenties, I had ambitions of being great.  I grew up in a home where there was almost always high expectations.  There was a part of me that ached for redemption – another opportunity.  One more shot.   I would bounce back from my failure and succeed in my next venture.

After graduating, I ended up taking a job at Microsoft, where I always felt trapped and beneath my potential.  I often talked to my wife about all kinds of different business ideas.  She tolerated the wild ideas and humored me.  But, there was often skepticism – and rightfully so.   It would be difficult for any wife to understand why someone would want to leave a well paying job at Microsoft and incredible benefits to spend a lot of money and time working on something that has a small chance of succeeding.

And even though these conversations happened 15 years ago, my wife told me that she had shouldered the guilt of having been an impediment to my dreams.  At that, I cried.  In the aisle seat of an airplane.  Airplanes are not the best place to watch self-help marriage videos.  What made me so sad, wasn’t that I felt that she had not supported me.  It’s that she thought my dream was to run a business.  Which was something I did dream about…  It was a dream of a young man in his mid-twenties.  Probably not too different than many in their twenties and thirties full of angst about their career – full of insecurities about their self-worth, about who they are, and what people thought of them.  Coming out of school and trying to figure out how to make it big.  How to become great.  How to leave your mark in the world.

But, that is not what I dream of now.  Isn’t it funny God’s plans for us?  I have all that I would want.  Wonderful wife.  Children I love.  Spiritual fulfillment.  Work that is challenging.  The foundations of a great and balanced life.  Anything else is condiments.

It is not my dream to start and run a company.  My dream is to keep for as long as possible what I already have.  But, mortal life does not stand still.  I have 5 more years before my oldest son will leave the home.  8 more years until my wife and I will be empty nesters.   I will have to settle for aging gracefully and playing my part the best I can until my turn is over.  But, I have hope of an after life where I can associate with my family forever.  I have hope that the dream can last.

To my wife – don’t weep because you could not support the ideas of a silly boy who did not know what he wanted.

This is why marriage is hard.  We bring in all kinds of our own baggage and then have to sort it out together and it’s a lifetime endeavor.  Sorting does not happen by itself.  It takes effort.  Generally speaking, it seems like it’s us men that resist spending time and effort into improving our marriages.  It’s been true for me and our marriage.  My wife is very often reading or listening to some kind of self-help literature.  I should do my part.    If nothing else, I hope my kids read this when they’re a few years into their marriage and make some resolutions.

I’ve only gotten through a few books/video/audio – but most of them have been helpful.  For those interested:

On my list is also Men are from Mars, Women are from Venus.  I’ve heard some good endorsement on that book.

If you have other helpful books/audio/video, feel free to leave a comment.